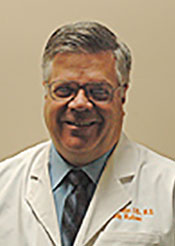 Dr. Mark Fowler is our clinic director. He has been directing the clinic since April 2010. Dr. Fowler’s professional background began as a Doctor of Jurisprudence. He practiced law for several years and later decided to go back to school and receive his Doctor of Medicine. He has practiced as a Medical Doctor for several years and is currently an emergency room physician. Dr. Fowler has received many honors and recognition as both a lawyer and physician. He has also co authored and published many articles. 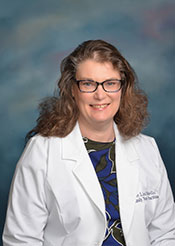 Dr. Lisa Medlin DMP, APRN, FNP-C, was raised in Scotts Hill TN. After graduating highschool she attended Union University where she received her Associates of Science of Nursing in 1988. After working at the bedside she returned to Union and received her Baccalaureate of Science in Nursing in 1995. After graduating she served the Henderson and Decatur county communities as a home-health nurse. She attended Vanderbilt University and received a Master of Science in Nursing in 2000. After becoming certified as a Family Nurse Practitioner she provided care in rural West Tennessee for several years before she returned to Union University. She received her Doctorate of Nursing Practice in 2011. Dr. Medlin taught nursing at Union University for 11 years before she accepted a position at 45 Urgent Care / Advanced Rehab and Medical in 2017. Dr. Medlin has fought a lifelong battle with Psoriasis, an autoimmune disorder. After a severe flare that landed her in the hospital for 5 weeks, she organized the Jackson Area Psoriasis Support Group and currently serves as the chair and facilitator of this group. She also serves as one-to-one mentor and community ambassador for the National Psoriasis Foundation. She also serves as Faith Community Nurse in her local congregation at New Life Tabernacle in Jackson, TN.

She has presented poster and podium presentation in national professional organizations on the topic of Osteoporosis, Vitamin D therapy, and Psoriasis. She has publicized articles in the Dermatologist, a peer reviewed medical journal. In 2017 Dr. Medlin served on a national advisory forum with other Psoriasis patients to assist the American College of Rheumatology in setting national guidelines for care of Psoriatic Arthritis.

Dr. Medlin is excited to be a part of a work environment that promotes regenerative care. Her passion is wellness care because she loves seeing her patients get better and have an improvement in their quality of life.

Dr. Medlin is married to her wonderful husband of 17 years, Dale. They have a beautiful daughter, Marjorie LiKay. In Lisa's spare time she enjoys reading, taking on roller-coaster rides, listening to music and playing the piano, and hanging out with her family. Her most daring adventure has been zip-lining! 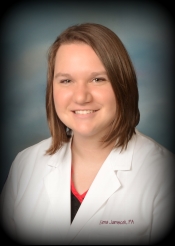 Elena Jamscek was born in Southern Illinois and grew up in Mayfield, Kentucky. While in high school she injured her ACL and had surgery and decided then she wanted to pursue sports medicine. She earned her Bachelor’s Degree in Sports Medicine: Athletic Training at Southeast Missouri State University. She then went to work for the Orthopeadic Institute of Western Kentucky in the Physical Therapy department. She also became a certified athletic trainer for Paducah Tilghman High School sports teams. It was then when she met her husband, Stan, who was the high school soccer coach. He transferred to Bethel University which brought them to Tennessee. She attended Bethel University where she completed the Physician Assistant program in 2015. She joined the team at Advanced Rehab and Medical/45 Urgent Care in 2016 as a Physician Assistant. Her athletic background plays an essential role in her ability to provide collaborative healthcare with the chiropractors on staff. In addition, Elena's dedication, compassion and sense of humor make our sick and injured urgent care patients feel at ease and right at home making her at great fit for our practice and our patients. 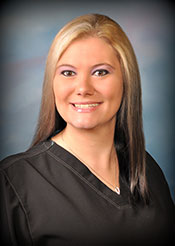 Chrissy Burns was born and raised in Trenton, TN. She graduated from Peabody High School in 2003 and was then inducted into the Peabody FFA Hall of Fame. Chrissy attended Tennessee Technology Center and received her Administrative Assistant Certification in 2008. Chrissy has two children Ed and Lilly Burns. Outside of work Chrissy enjoys photography, camping, riding her motorcycle and most of all spending time with her friends and family. Chrissy has a passion for helping others and does a great job as the front desk reception specialist. 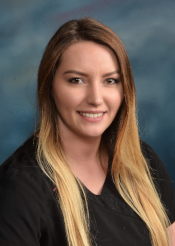 Katie was born and raised in Haywood County, TN, and currently lives in Alamo, TN. In 2013-2014, she attended Tennessee College of Applied Technology in Bells, for the Patient Care Technician program, and graduated as the salutatorian. Not only is Katie a Certified Patient Care Technician (CPCT/A), she is also an EKG technician, and a Phlebotomist. Before becoming employed at 45 Urgent Care, she was a Cast Technician at West TN Bone and Joint. Katie and her husband have been married for 11 years, and have 2 adorable kids, Kayleigh and Mason. Her husband farms in Crockett County, so in Katie’s spare time, she likes to help him. In their downtime, they like to travel, go fishing, ride in her Jeep with the top off, and other fun family-oriented outdoor things. 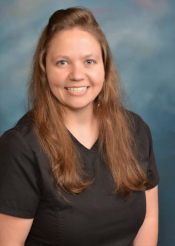 Jennifer graduated from the Tennessee Tech Center in Newbern, TN and received her diploma in Business Systems Technology. She then went to work at Humboldt General Hospital as ER admission specialist. She received a position at the Back Pain Relief Clinic (now Advanced Rehab and Medical) as Chiropractic Therapy Assistant. While working at the clinic she has obtained many certificates and licenses. She first completed her Chiropractic Therapy Assistant License then went on to complete her Chiropractic X-ray Technician License. In 2014 Jennifer completed her Medical Assistant Certificate. Jennifer brings a variety of knowledge and skill to the practice. Her mission is to always deliver quality care in a friendly environment to all of the patients she comes in contact with. Away from work Jennifer enjoys spending time with her husband Keith. 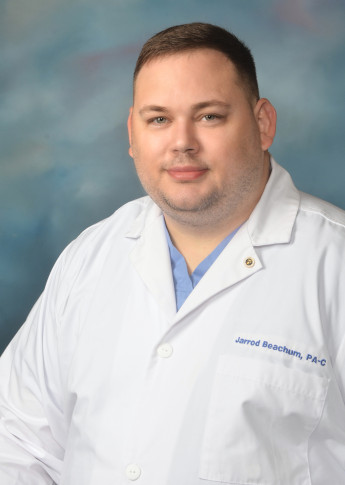 Jarrod Beachum, PA-C, is a Physician Assistant from Tupelo, MS. He graduated in May 2019 from the Bethel University Physician Assistant Program with a Master of Science in Physician Assistant Studies degree and passed his NCCPA National Boards in June. He graduated magna cum laude and with University Honors from the University of Memphis at Lambuth in December 2015 with a Bachelor of Science in Biology degree. Following graduation, he was hired as an Adjunct Professor in the Biology Department, The University of Memphis at Lambuth. Jarrod also began his medical career as a Patient Care Technician in the Jackson-Madison County General Hospital Emergency Department in January 2016, where he worked for one year before beginning PA school in January 2017.

Prior to finishing his degrees, Jarrod served 9 years in the United States Marine Corps. He is a classically-trained professional trombone player, and served as a multi-instrument musician in the Marine Corps. During his nine years in the Marine Corps, he lived in South Carolina, North Carolina, Georgia, Virginia (twice), and California. He has performed all over the country, including professional sporting events, government functions, community outreach and recruiting tours, and traditional military ceremonial duties, all while maintaining his combat proficiency as a Marine. He has entertained such people as Presidents George W. Bush and Barak Obama, and many foreign royal heads-of-state and dignitaries.

Despite his background as a Marine, musician, and teacher, his lifelong passion has always been medicine. He was raised by two wonderful nurses, his mother and father. He has seen the impact that healthcare providers have on their community and has always wanted to be in that role as a career. His approach to medicine is to develop relationships with his patients that allow for greater communication of a patient’s needs, and more lasting and targeted whole-person therapies to improve overall health and quality of life. He enjoys being part of the team at 45 Urgent Care, recognizing that each co-worker is vital in the delivery of quality healthcare to our patients.
He is the husband of DeAnna, an amazing ER nurse at the Jackson-Madison County General Hospital ER. They have been together since 2001, meeting in their high school band in Tupelo, MS. He is the father to Carter and Chloe, two outstanding children to whom he devotes most of his free time. The Beachum family is heavily involved in the Boy Scouts of America. Carter and Chloe are both Cub Scouts in Pack 205 in Jackson. Jarrod and DeAnna serve in numerous roles in the pack and at the district and council levels. Jarrod is also an appointed officer in the Captain Jack Holland Detachment of the Marine Corps League here in Jackson, TN, serving as the Sergeant-at-Arms. 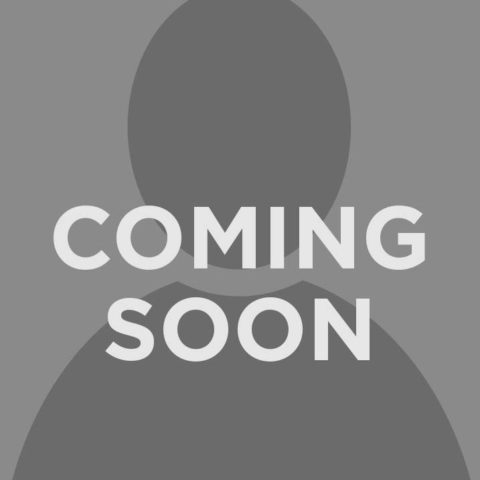 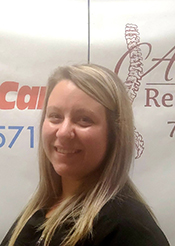 Ginger was born and raised in Gibson County, TN and currently lives in Dresden, TN. She graduated salutatorian of her senior class in 2013 out of Bethel Springs, TN Christian Academy, from where she obtained her CNA through the State of TN at Forrest Cove Nursing home in Jackson, TN. In 2017 she obtained her Med, Shot, EKG, and IV certifications and qualifications at Mckenzie Medical Center. Before coming to 45 urgent care, she was employed and completed the PCT program through Jackson Madison County Hospital in Jackson, TN. She is CPR BLS AED Certified through American Heart Association in Adult and Pediatric. Ginger is currently enrolled in EMR through Weakley County EMS and Attending Jackson State Community College and Majoring in the EMT-Paramedic program. Ginger and her husband have been married 5 years and have 3 precious children, Dallas, Kalli, and Oakley. In her spare time, she enjoys fishing, hunting, traveling, really anything outdoors, and making memories with her family.

Call Us Today to Learn More

Call Now
Back to the top